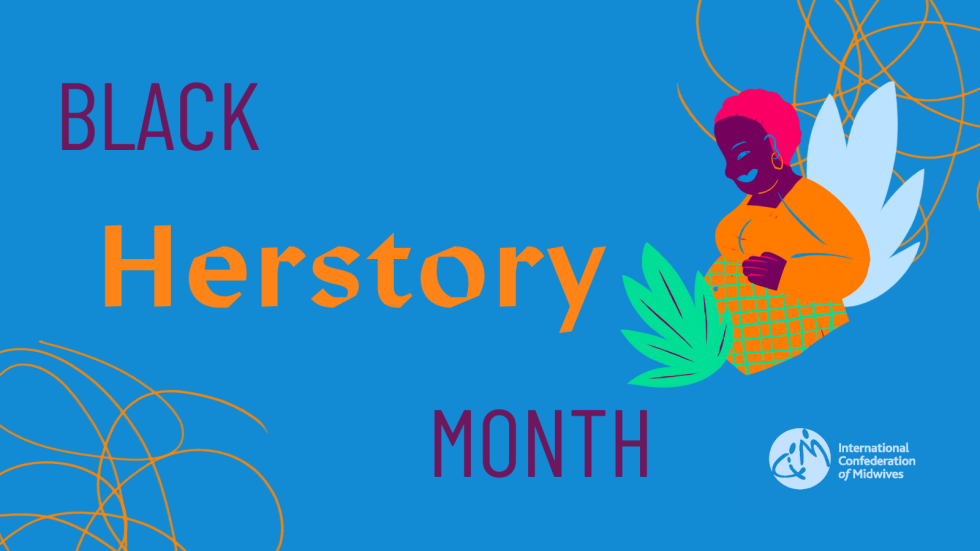 Throughout February, the US and other countries mark Black History month by celebrating Black individuals who have contributed to great leaps in human rights and acknowledging the continuing equity gap for Black communities across the world. One important and shocking inequity that prevails is the maternal mortality rate of Black women compared to that of other ethnicities.

The erasure of Black women’s contribution to midwifery and the subsequent sidelining of Black women’s pre and post-natal care are two sides of the same coin - they are symptoms of systemic racism, which prevails today and significantly contributes to senseless, preventable deaths of mothers.

According to research from the CDC, Black women in the U.S. are three times more likely to die from pregnancy-related causes than white women. Researchers suggest that approximately 700 Black women die every year from childbirth-related issues; that’s 700 preventable deaths of people who would most likely still be living today, if only they had been born white.

We sat down with Pandora Hardtman, ICM Board Member for the Americas and Caribbean to discuss black maternal health all over the world. Hardtman says that while this disparity is increasingly recognised in the U.S., it is not unique to America.

Hardtman referred to the current state of maternal healthcare in the United Kingdom, as well as in nations all over sub-saharan Africa. These regions maintain some of the highest rates of black maternal mortality in the world.

In the U.K., black women are statistically 4 times more likely to die during childbirth than white women. In 2021, the charity Birthrights, whose mission is “to ensure everyone receives the respect and dignity they deserve in pregnancy and childbirth,” conducted an inquiry of childbirth in the U.K. Results of the inquiry indicated that black, brown and mixed ethnicity respondents reported feeling unsafe during their childbirth experience, having their concerns ignored or dismissed, being denied pain relief due to racial stereotypes, and enduring pervasive microaggressions causing harm or distress.

“The US has embraced its reality, but other countries and regions have farther to go yet,” said Hardtman. “Countries all over the world need to start embracing the truth and speaking truth to power. It is only in truth and acknowledgement that we move forward.”

The deaths of Black mothers persist due to a combination of disparities, including access to quality healthcare, underlying health conditions, and structural racism. In the U.S. only 8 percent of US births are attended by midwives.

“It is only in truth and acknowledgement that we move forward.”

Midwifery care has not always looked like this. In colonial times, reproductive health care was provided primarily by midwives. Midwifery was always practiced by Indigenous people in North America, and more traditional midwifery practices were then brought to the United States by enslaved peoples of African descent. These midwives consistently provided safe and affordable care to pregnant people in their communities until the early 1800s, when the medical field of obstetrics began to develop, and white male physicians perceived midwives as competition and threats to their profit and stature. This perceived threat manifested in racist tropes that depicted black midwives as illiterate, careless, lazy, incompetent, unclean and dangerous.

According to a recent piece by UVA’s School of Nursing, when it came to maternal mortality, obstetricians and public health and social welfare reformers “blamed the midwives, despite evidence from several research studies that midwife-attended births accounted for fewer maternal deaths than those attended by general practitioners.” 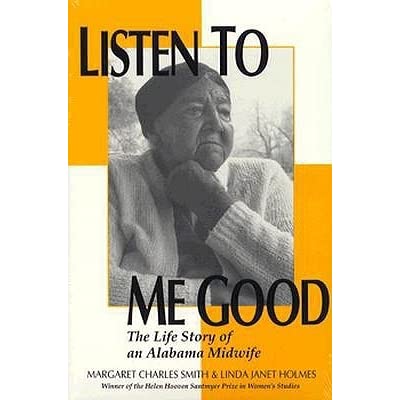 Margaret, also known as “Miss Margaret,” was born in 1906 and was a Black midwife in rural Alabama. She worked to support Black mothers across the State, even when they couldn’t afford her care. She would often travel over 200 miles to Tuskegee’s Andrew Memorial Hospital (one of the first hospitals ever to admit Black patients) if one of her patients needed treatment.

In the 3,000+ births Miss Margaret attended over the course of her 35-year career, not one mother ever passed away during childbirth, even despite the fact that many of her clients were malnourished and in poor health. Miss Margaret continued practising, even when Alabama passed a law prohibiting traditional midwifery in 1976. In the 90s, Margaret published a book about her life, called Listen to me Good: The Story of an Alabama Midwife, which is available on Amazon.