ICM is governed by an international Council- the decision making body of the organisation, which sets strategic direction for ICM at each Triennial Council Meeting. The Council elects a President, Vice President and a Treasurer to work closely with the Chief Executive to achieve the strategic directions approved by Council and prioritised by the Board. Board members are appointed by Council as described in the ICM Constitution (Article 17). In June 2017 ICM Council updated By-laws. A new Constitution was ratified in 2009.

Organisational structure:
There are 132 Midwives Associations in 113 Countries in membership of the ICM representing approximately 500,000 midwives.

Council:
Two Members from each Member Associations and the Board

The Board includes an Executive Committee: President, Vice-President, and Treasurer of which the Chief Executive is a non-voting member. Board Members are appointed for a three-year term, renewable once.

Management: the ICM Head Office is based The Hague, the Netherlands.
In 2018, the Head Office Team includes: 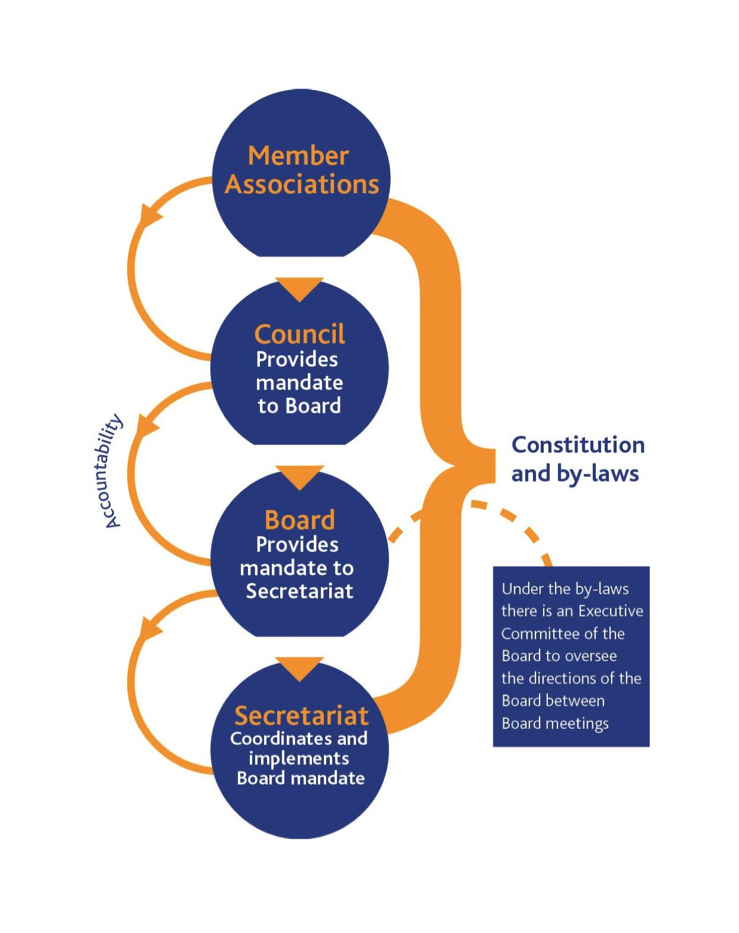 The ICM Education Standing Committee promotes the international standardization of midwifery education to support the development and expansion of high quality and effective undergraduate and post graduate midwifery education programmes. It also oversees the production of the resources required to support these standards and their effective implementation internationally.

The ICM Regulation Standing Committee focuses on the development and support of regulatory systems that ensure midwifery practice is defined, regulation is in place, practice and education standards are met, midwives are registered/licensed, and midwifery practice is accountable to the public/society. Professional regulation can be defined as the acceptance of responsibility for maintaining standards and practicing within the limits of one’s competence.

The ICM Research Standing Committee and its Research Advisory Network (RAN) provide ICM’s member associations with up to date information on all aspects of midwifery practice, education and service. It plays a key role in the development of the ICM Triennial Congresses. Research is the foundation of midwifery’s Three Pillars and ongoing education and research are the lifeblood of any vibrant profession.