ICM is governed by an International Council, the decision making body of the organisation, which sets the strategic direction for ICM

The International Confederation of Midwives (ICM) is comprised of 140 Member Midwives’ Associations and is governed by the Council, who is the highest authority. ICM has three categories of membership; Full, Affiliate and Associate. The Council comprises those with full membership, who then reserve the right to vote at Council Meetings. Each Full Member Association is represented by one or two delegates and belongs to one of ICM’s six geographical regions.

The business of ICM is administered by the Board and the Head Office, on behalf of the Council. The registered Head Office is in The Hague, The Netherlands, and ICM is bound by the provisions stated in the Articles of Association (referred to as the Constitution in these policies) and incorporated in accordance with the Laws of the Netherlands and in the Governing Policies.

The Governance Structure of ICM 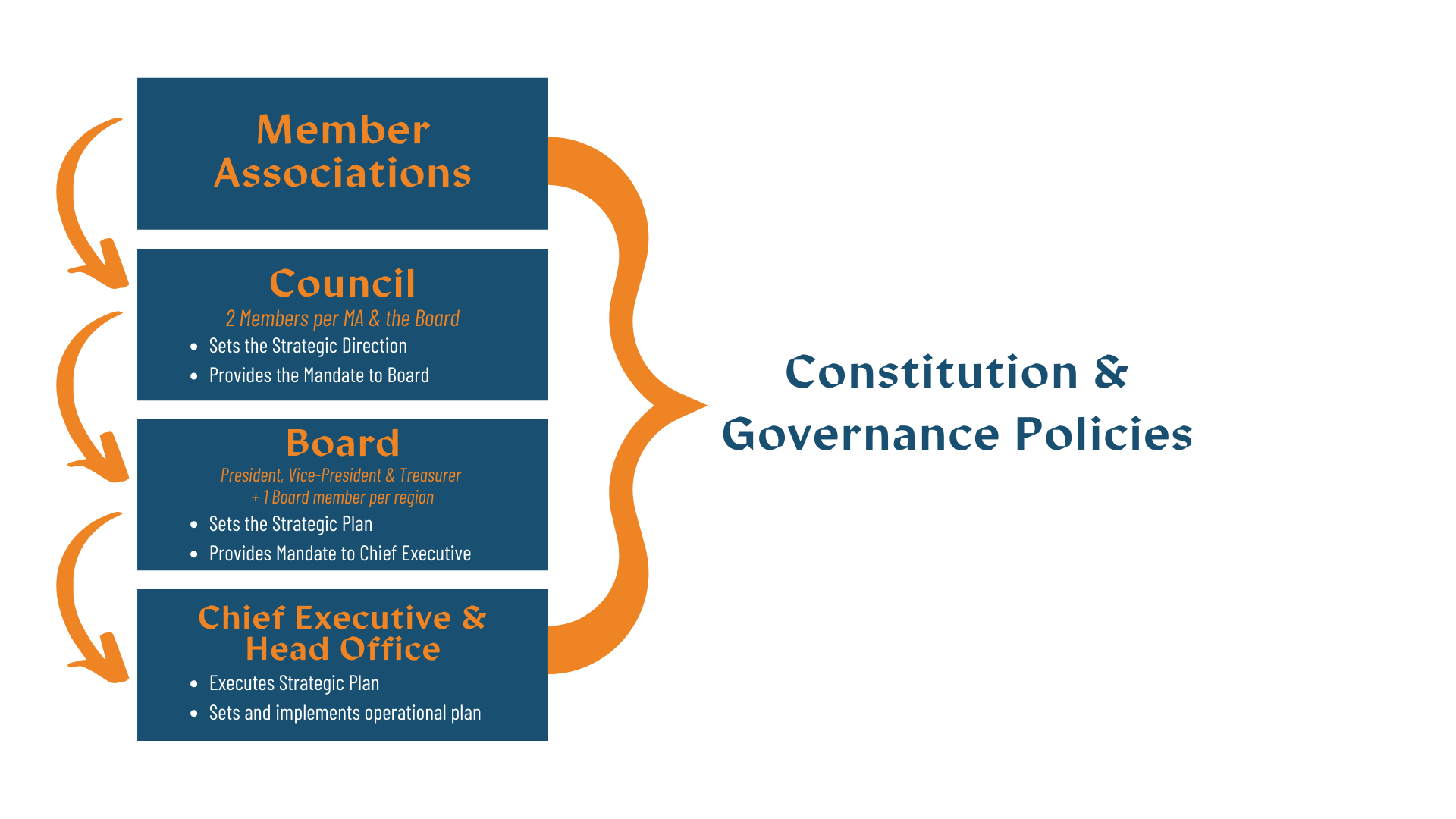 ICM Member Associations are organised into six geographical areas. They are:

Each region is made up of Member Associations, who elect their representatives to the ICM Council.

ICM Council is the decision-making authority of the Confederation, which sets the strategic direction of ICM and provides a mandate to the Board. It should be noted that:

The ICM Board’s purpose is to implement the decisions of the Council and lead the formulation of a strategic plan. They are responsible for the overall governance of ICM and are guided by Board Governance Policies. It should be noted that:

The Chief Executive and Head Office

The ICM Chief Executive is responsible for the day-to-day operations of ICM’s Head Office, aligned with ICM’s Strategy and following the decisions of the ICM Council and the Board. It should be noted that: